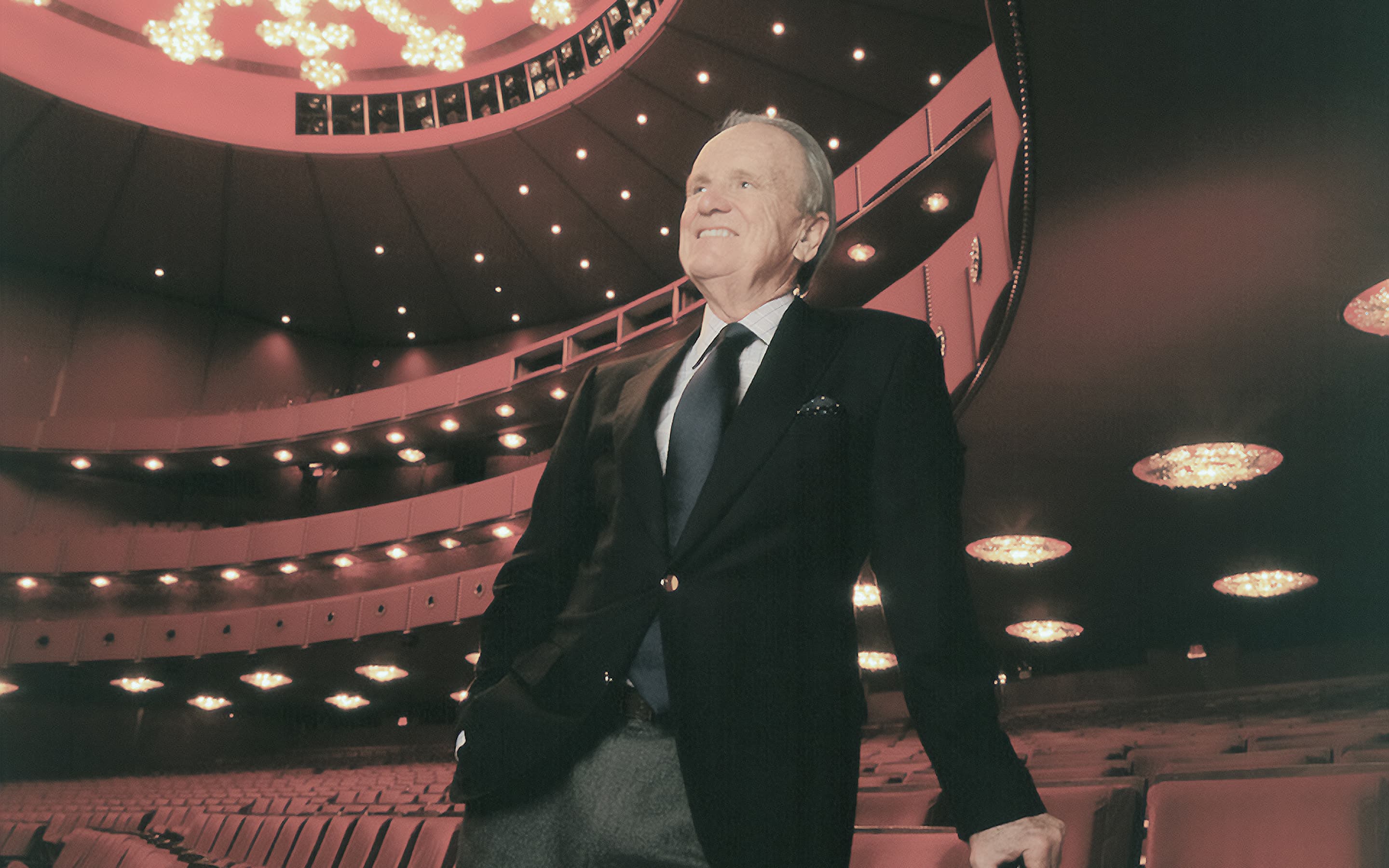 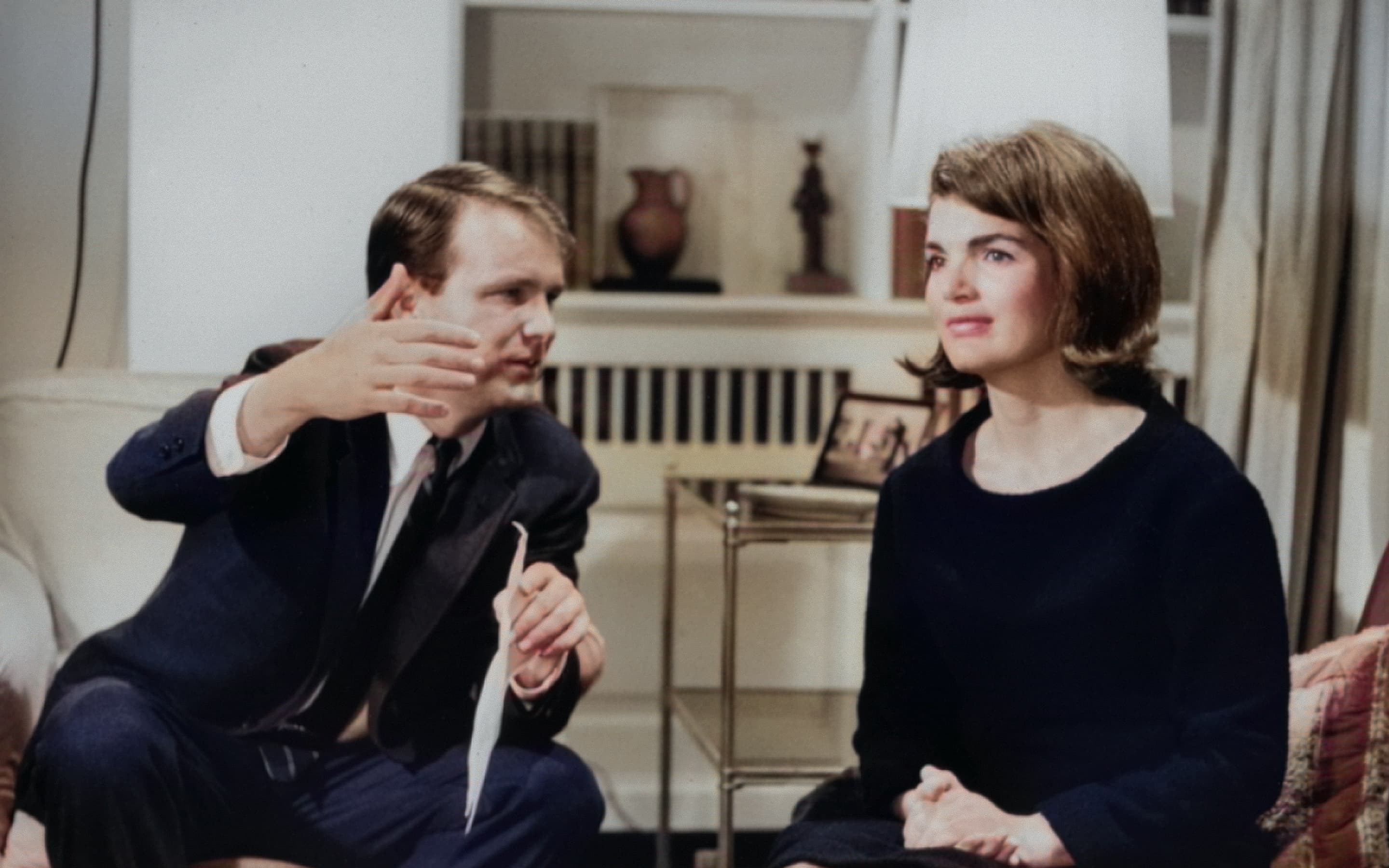 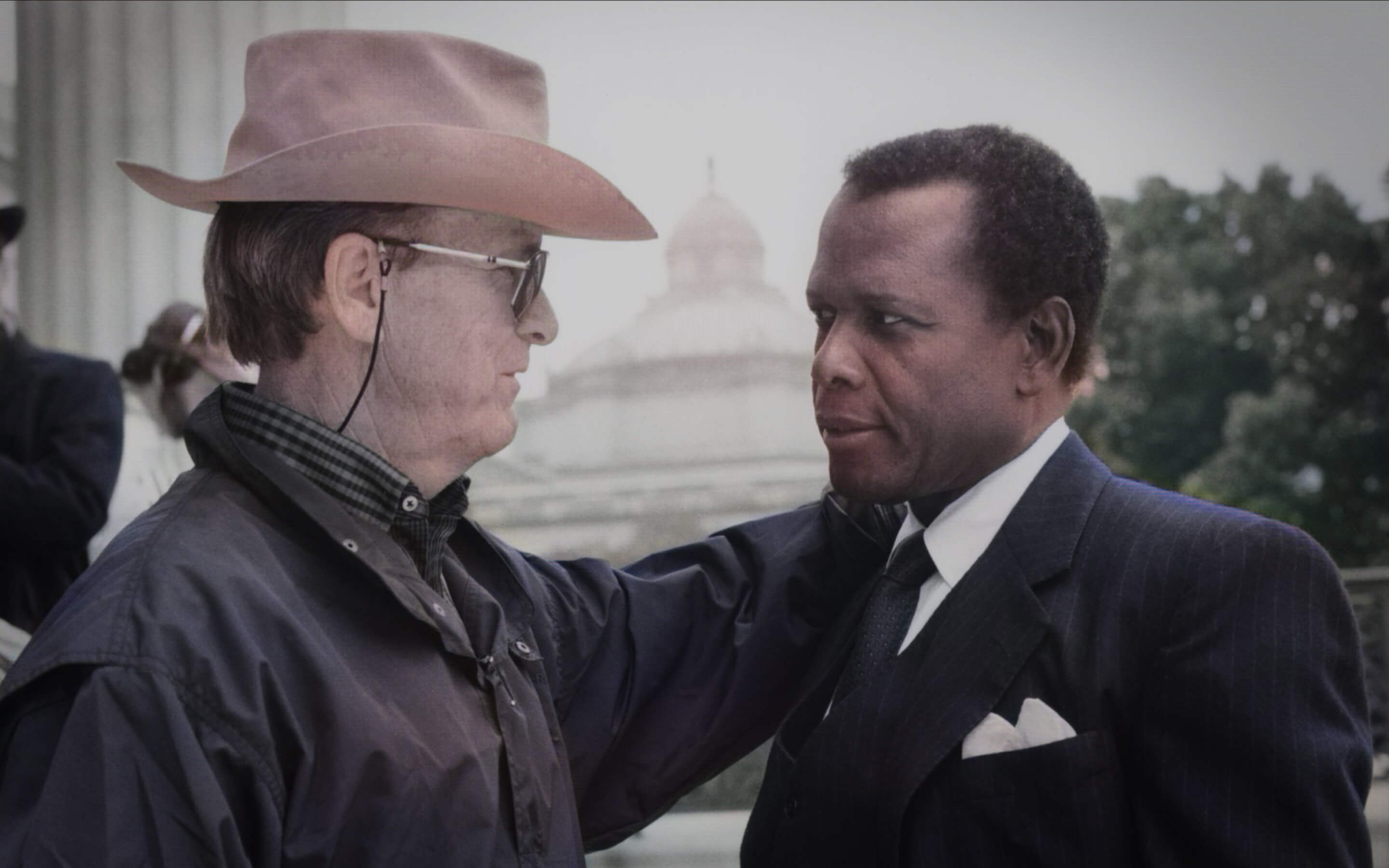 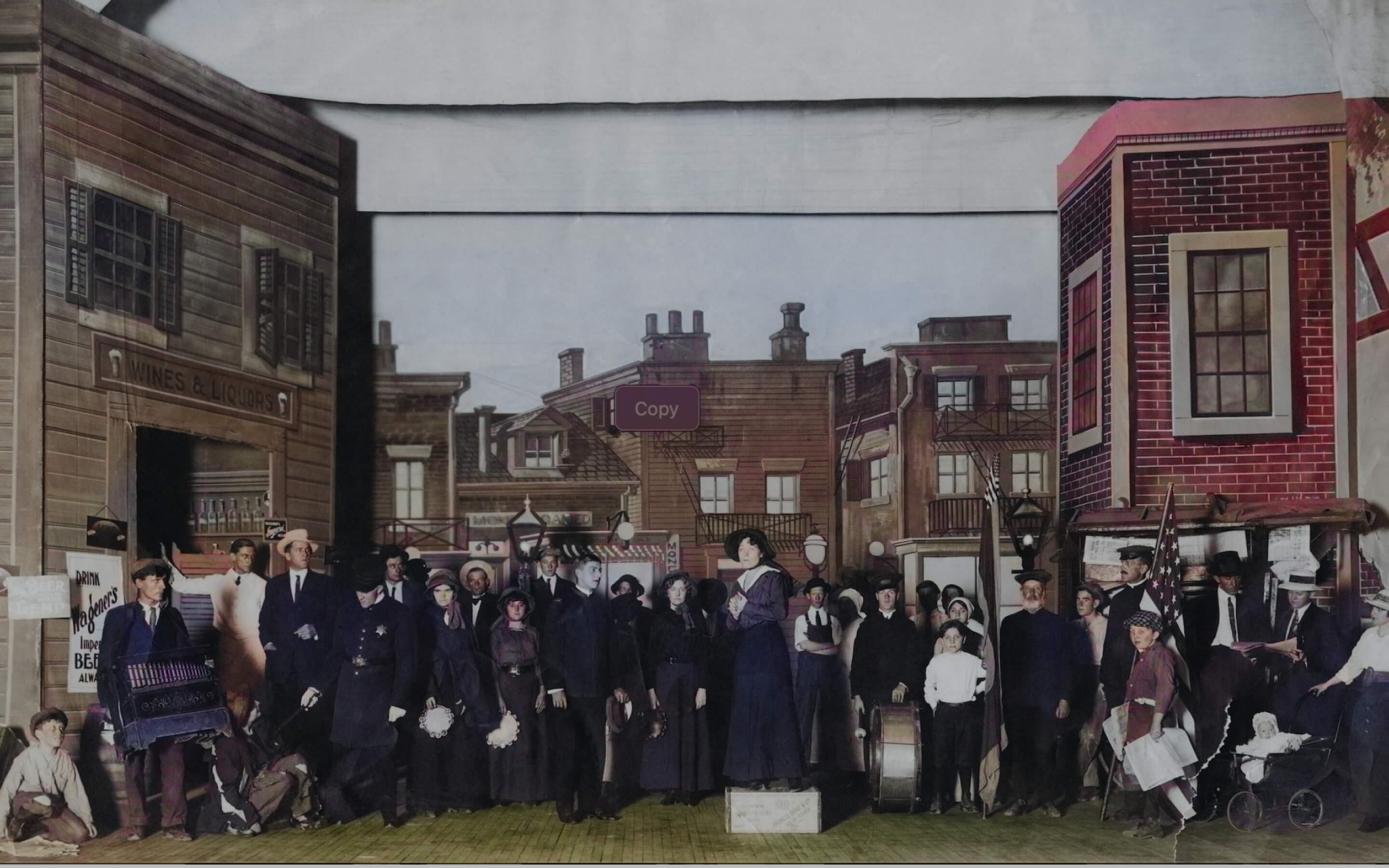 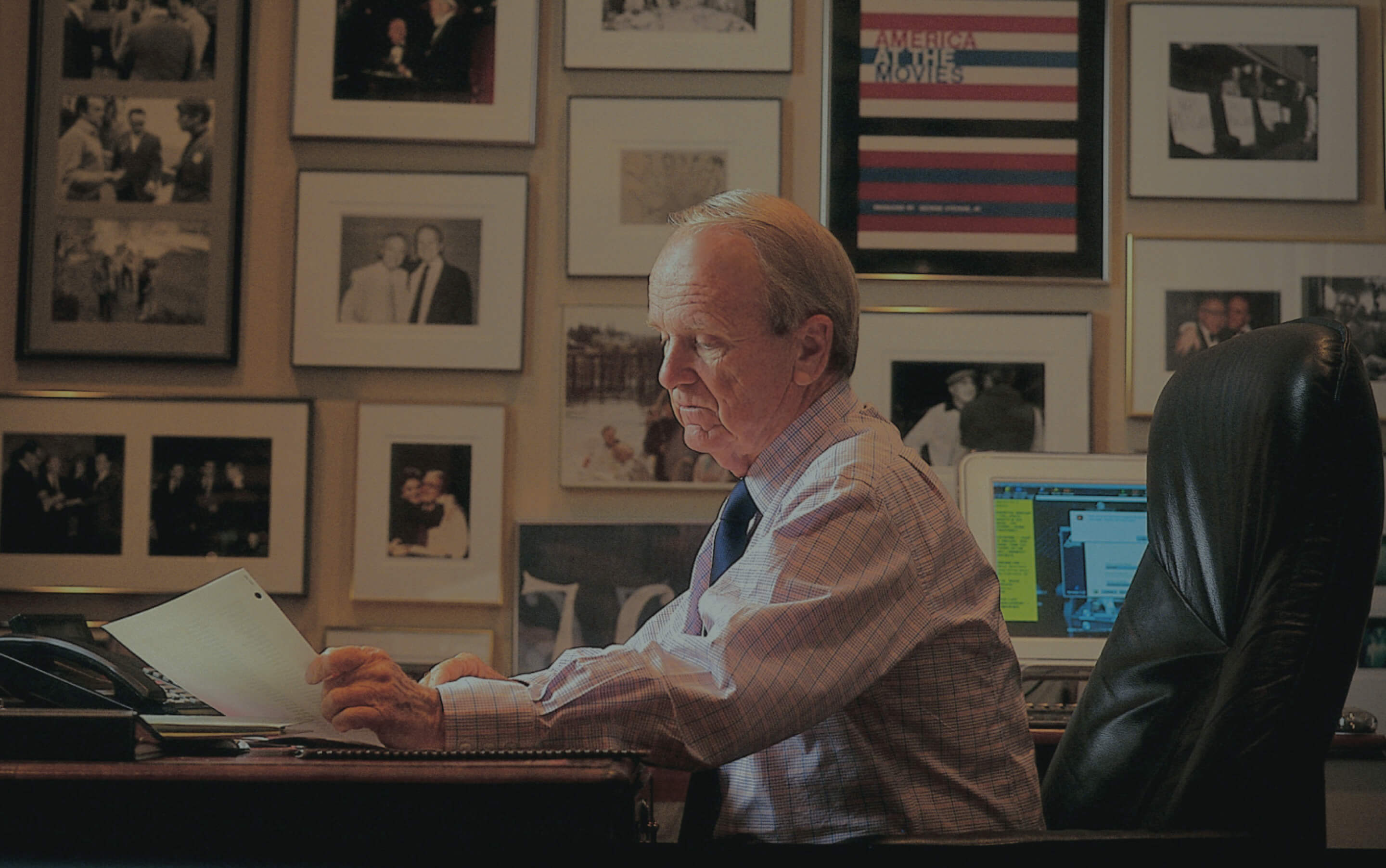 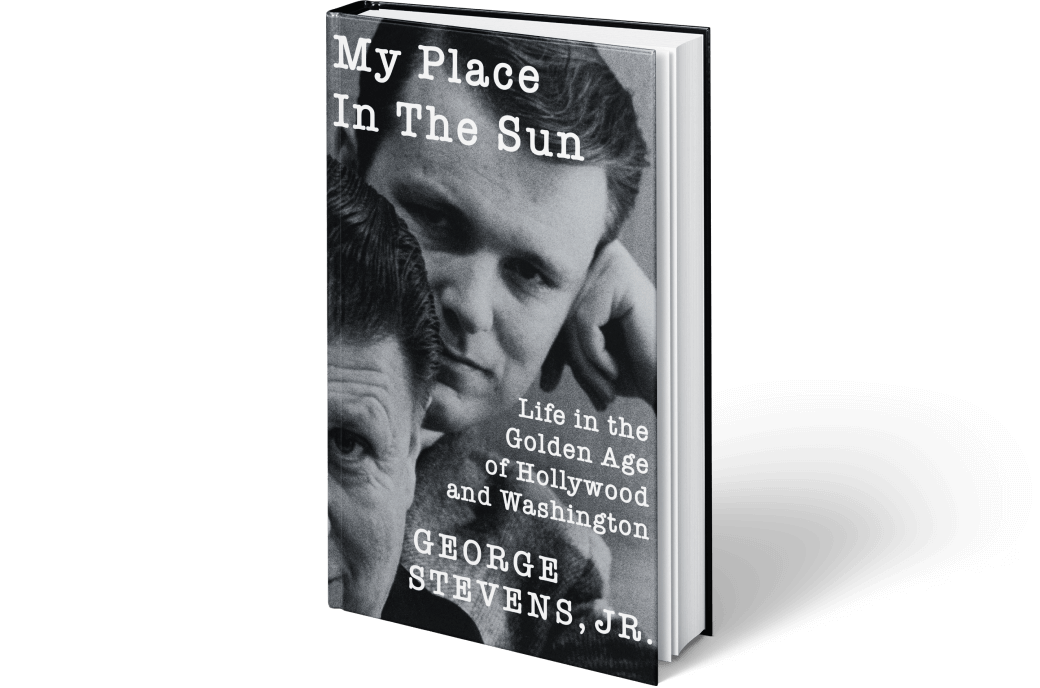 My PLACE IN THE SUN 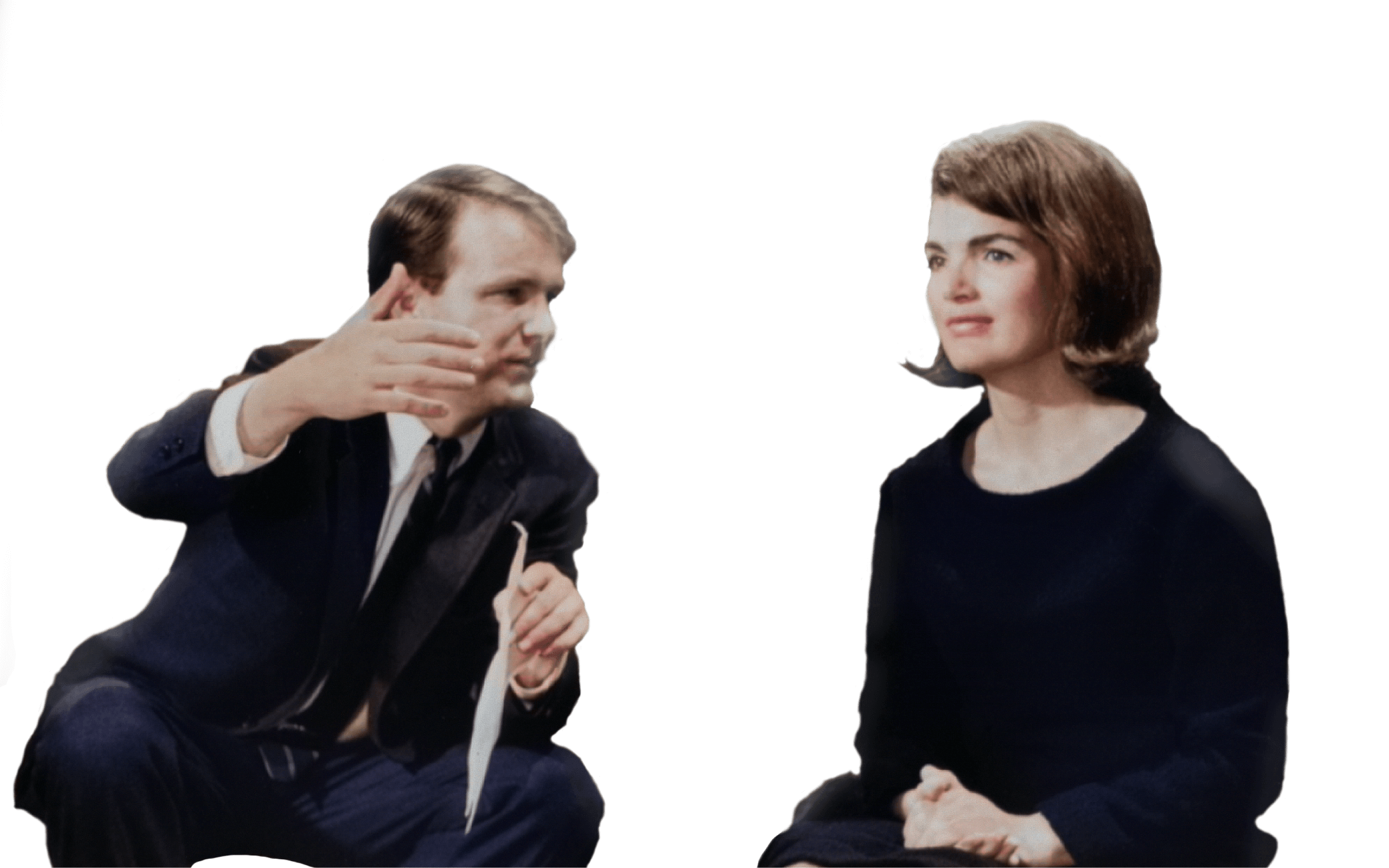 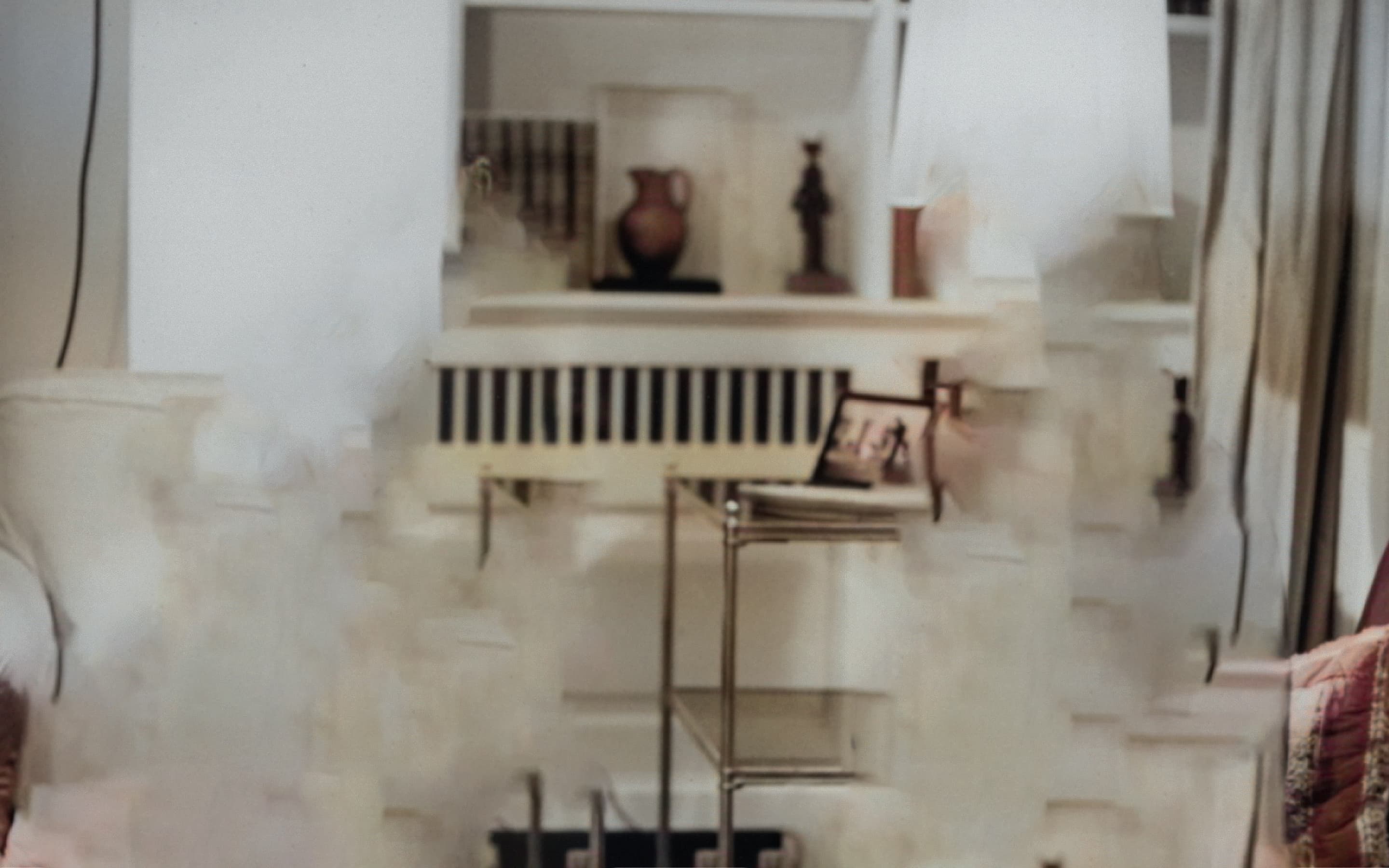 George Stevens, Jr. has devoted much of his career serving and leading institutions that courageously told America’s story abroad, enriched the nation’s cultural landscape, and advanced the art of American film. His career in public service began in 1961 when Edward R. Murrow persuaded Stevens to leave Hollywood for Washington to become director of the Motion Picture Service of the United States Information Agency. In 1967, he became the founding director of the American Film Institute (AFI). In the following decades, Stevens' service to the nation encompassed initiatives and historic celebrations that heightened the nation’s spirit, enhanced diplomatic relations, and championed arts education.

“
I believe you
can make a difference” 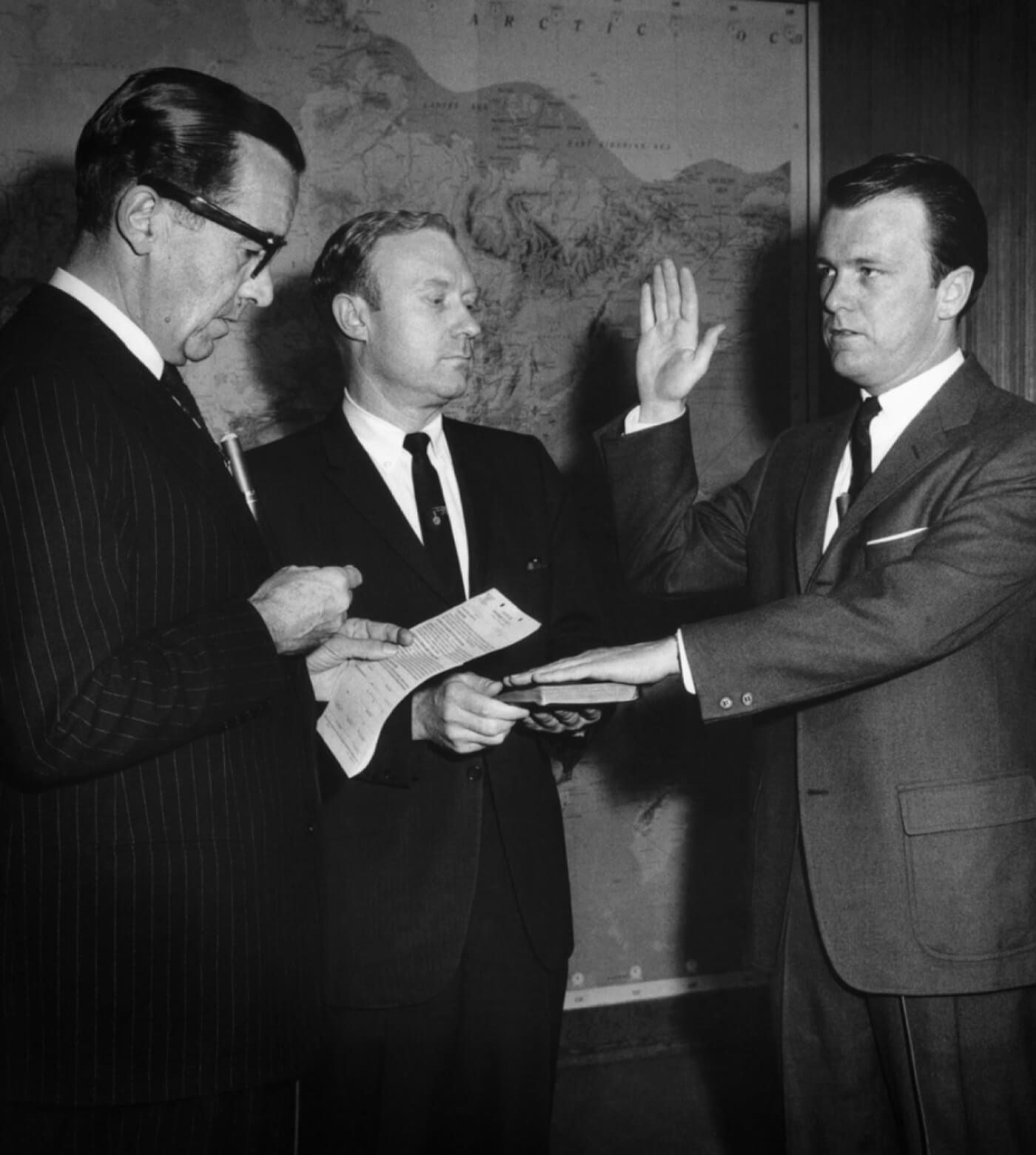 During his leadership of the Motion Picture Service, George Stevens, Jr. led a transformational era for USIA films and documentaries. Stevens recruited a new breed of imaginative, quality filmmakers, launched the USIA’s first Student Filmmaker Program, led U.S. delegations to international film festivals, and advanced dialogue between U.S. institutions and their international counterparts through film diplomacy.
‍
Stevens supervised over 1,500 films (averaging 300 films a year) that were translated into 80 languages and distributed internationally to over a hundred countries. 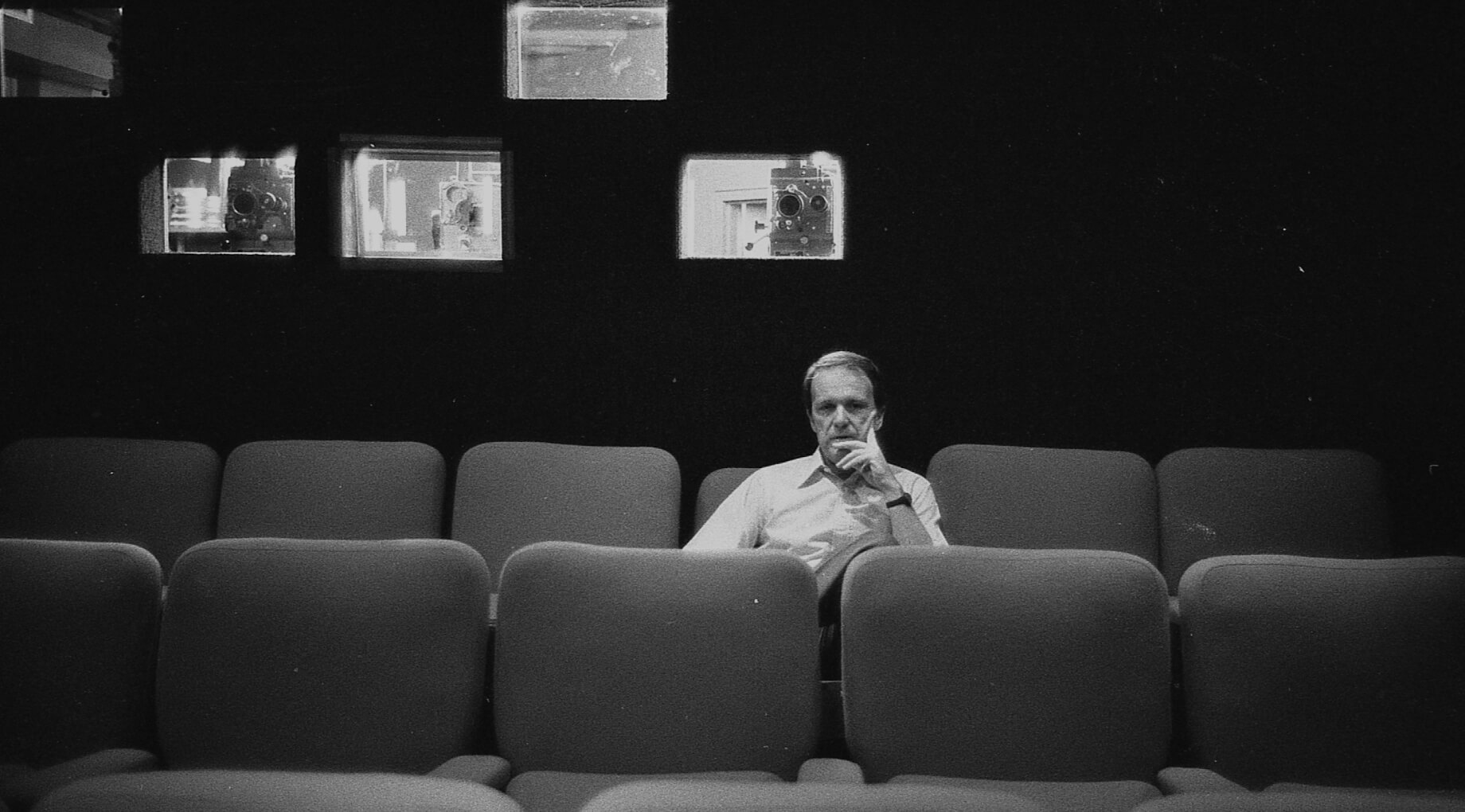 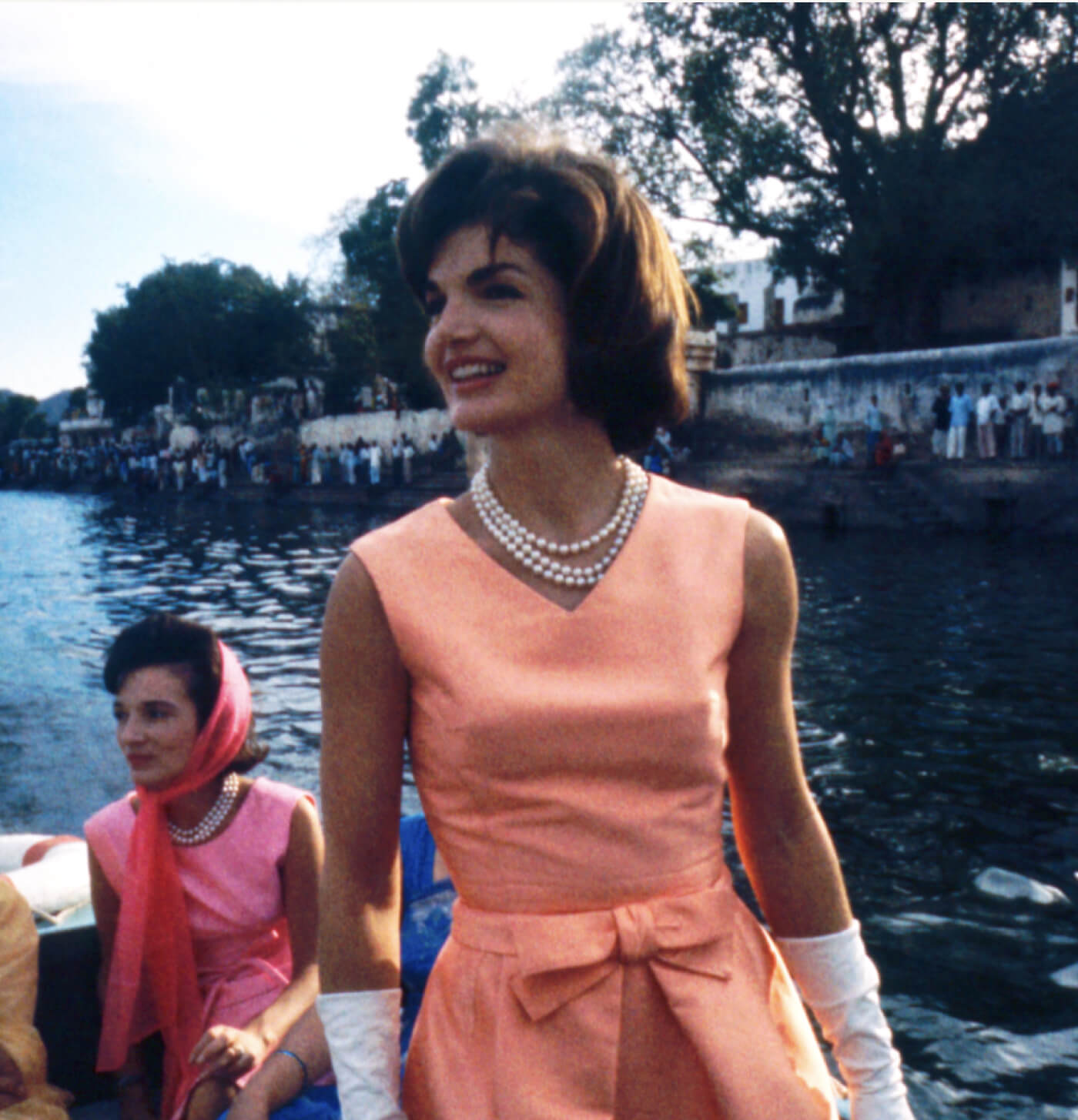 Five Cities of June tells five stories, the pageantry of the coronation of Pope Paul VI in Rome, Kennedy sending the National Guard to Tuscaloosa to enforce the admission of Black students to the University of Alabama, the launching of a female cosmonaut into space by the Soviet Union, American advisors assisting South Vietnamese soldiers in a hamlet in Vietnam and President Kennedy's visit to 1963 West Berlin. 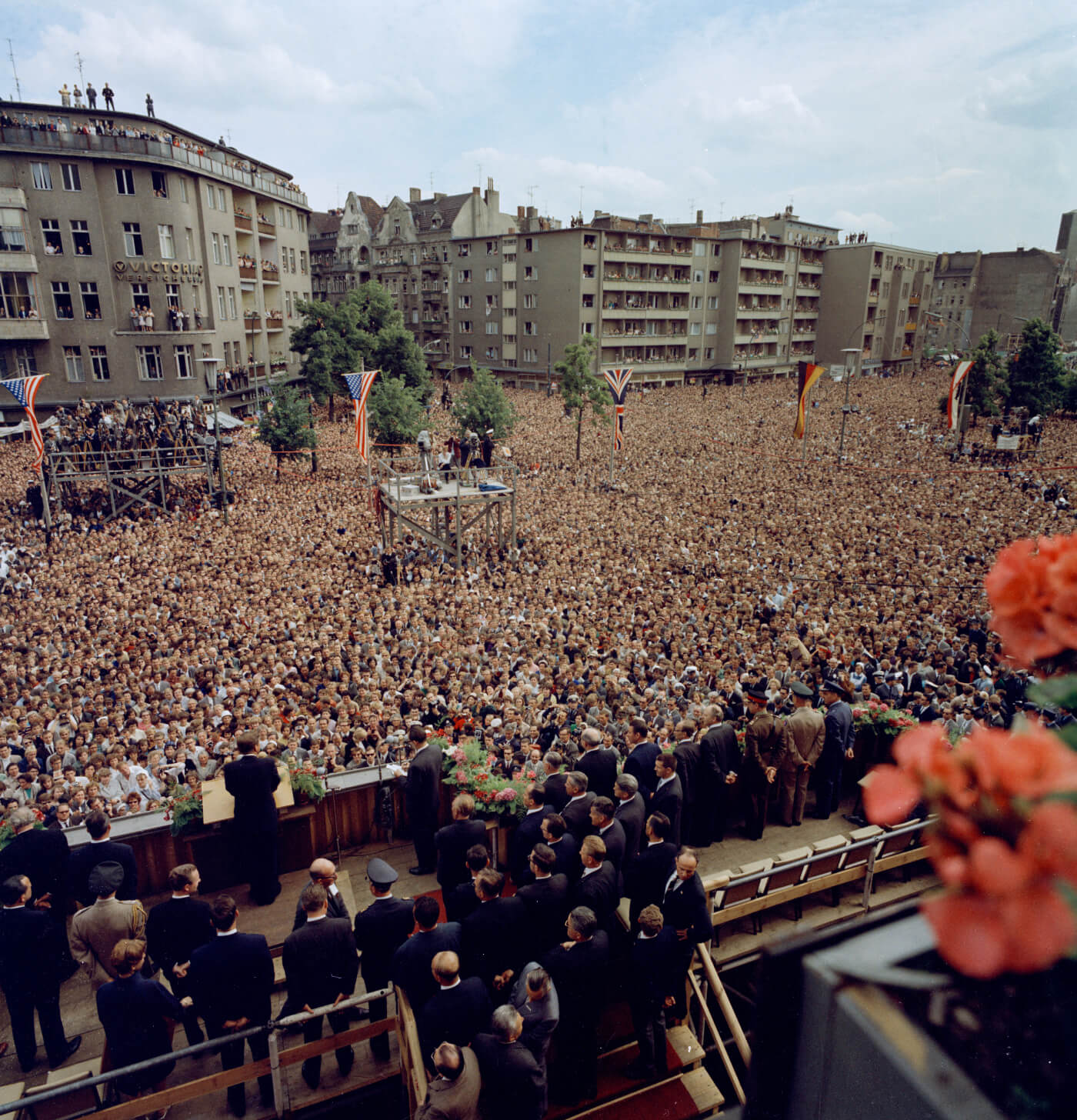 “
It’s one of the best documentaries I’ve seen.”

The United States Information Agency was responsible for America’s participation in international film festivals and designating American films for entry in Cannes, Venice, Berlin and Moscow. Before the early 1960s, the practice had been to send the least controversial Hollywood films which meant that America was often represented by mediocre work that rarely garnered admiration. Under George Stevens, Jr.’s leadership in the 1960s, the USIA established a committee of respected filmmakers to oversee selection of American films that favored excellence and showcased American ideals of freedom of expression, social justice, and tensions in a free society. 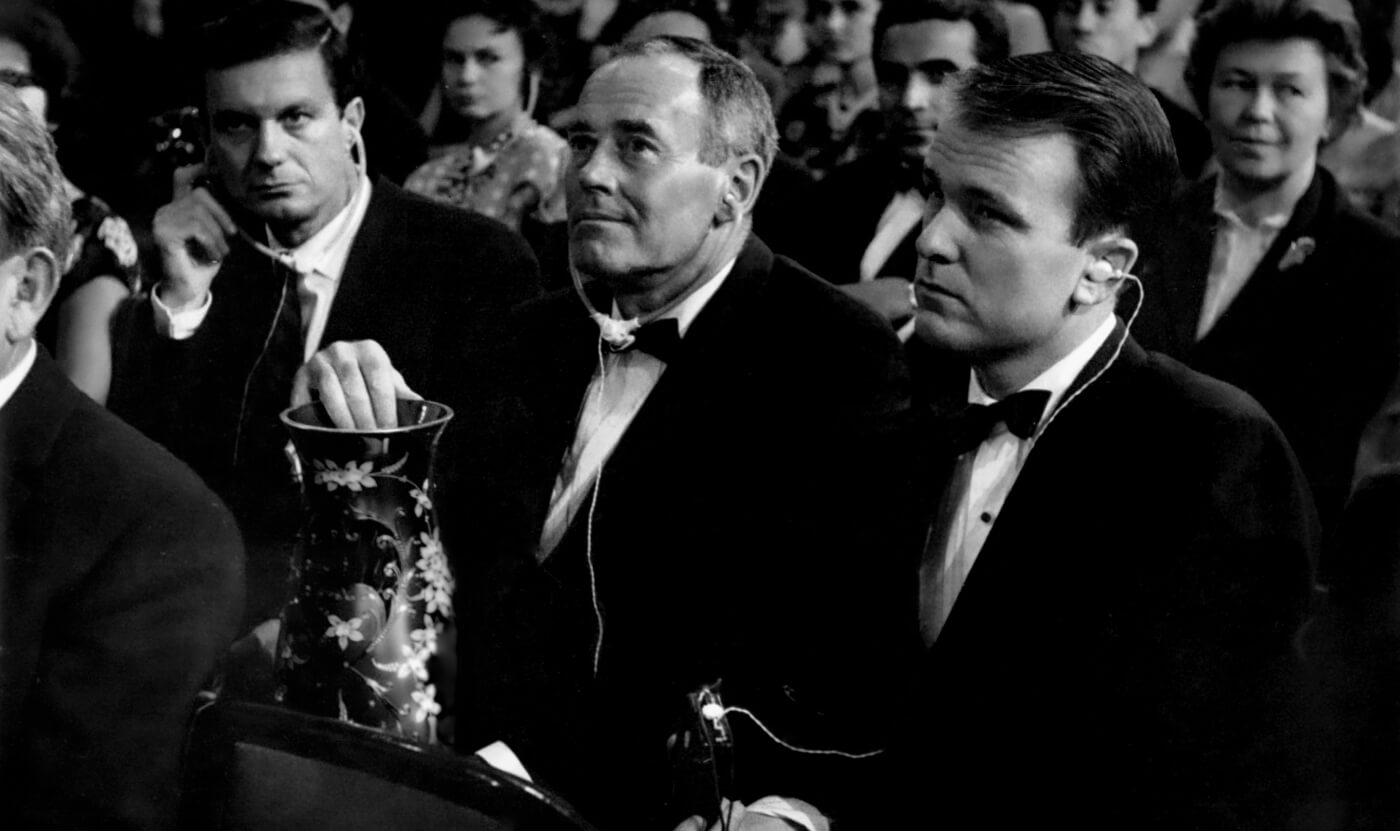 Click to zoom
With Cliff Robertson and Henry Fonda at the Karlovy Vary film festival. Fonda holds the Special Jury Prize for The Best Man.
1964 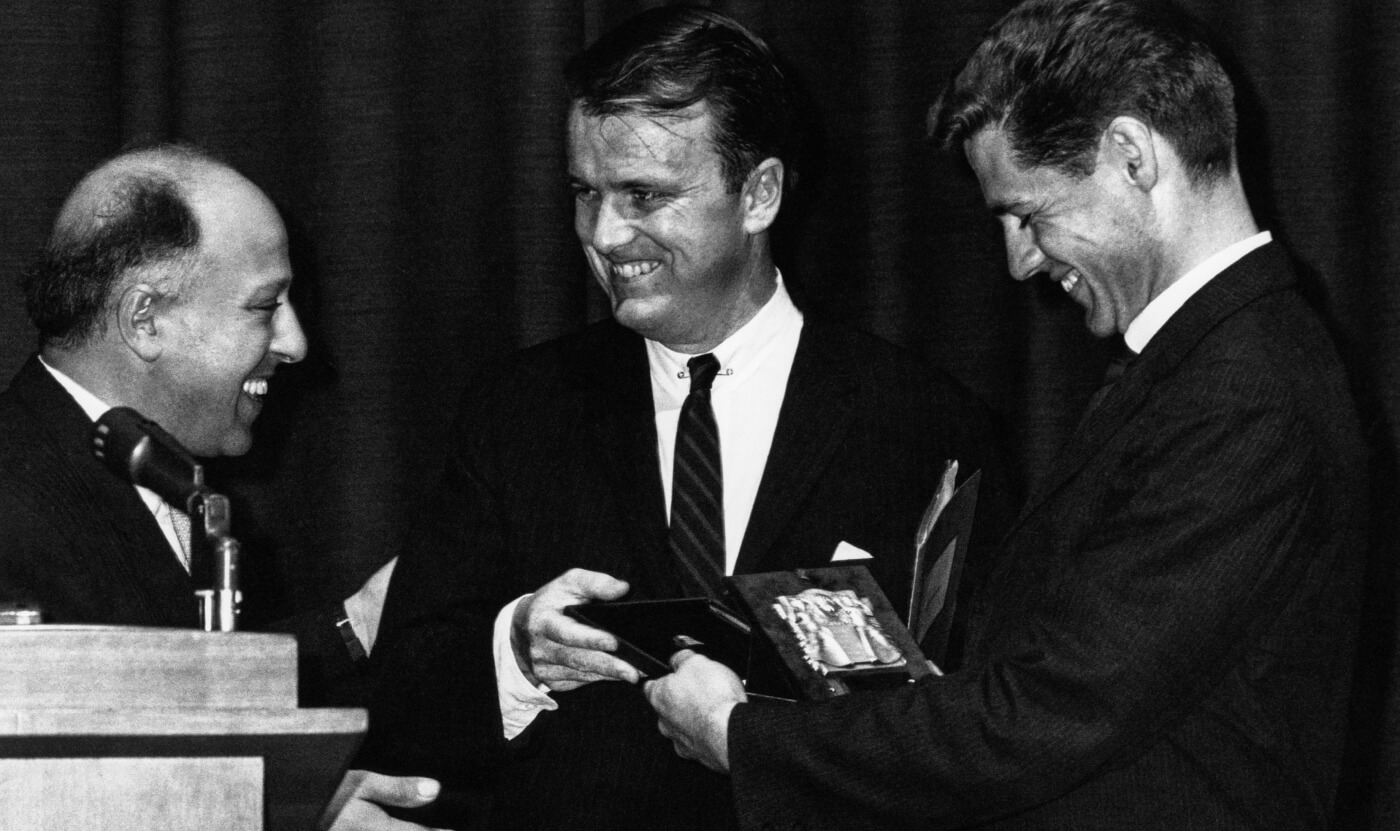 Click to zoom
George Stevens, Jr., and James Blue are presented the Venice Film Festival’s Lion of St. Mark at the Italian Embassy, Washington, DC
1963
The Cold War was high on USIA’s agenda as George Stevens, Jr. led the American delegation to the Third International Film Festival in Moscow in 1963. The U.S. Department of State was concerned that The Defiant Ones, Stanley Kramer’s film featuring Sidney Poitier and Tony Curtis as clashing chain-gang prisoners, would confirm the Soviet line that the United States was a racist country. Nevertheless, Stevens fought for the film’s inclusion in the festival and ultimately won, contending that Soviet filmmakers, whose creativity was constrained by the state, would respect the film.
“The young Soviet artists and intellectuals who are struggling for greater freedom of expression have reason to be gratified by what happened here during the Moscow’s Third International Film Festival.” 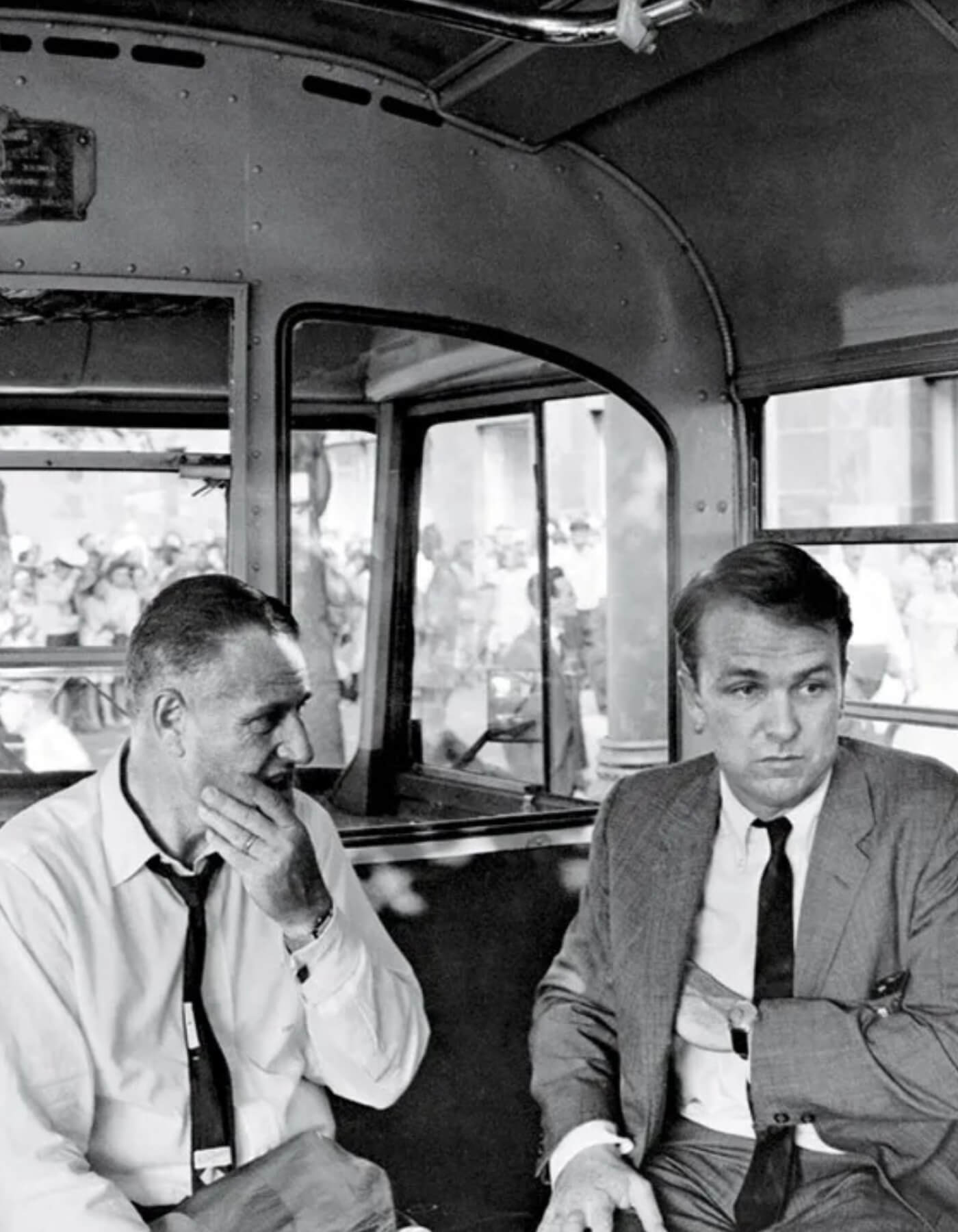 Sidney Poitier, Susan Strasberg, Stanley Kramer, and George Stevens, Jr. returning from the screening of The Defiant Ones at the Sports Palace in Moscow.
July, 1963

George Stevens, Jr. at the American Film Institute
While at USIA, George Stevens, Jr., in a report to the Secretary of State called upon the U.S. government to engage in a coordinated effort to preserve disappearing American movies. In 1967 he was named Founding Director of the new American Film Institute (AFI) and forged a collaboration with the Library of Congress to track down missing and endangered films for the Library to restore and preserve.

The partnership launched the American Film Institute Collection at the Library of Congress. Fifty years later, more than 60,000 films have been preserved and cataloged for future generations.

George Stevens, Jr. laid the foundation for the future masters of filmmaking by establishing the AFI Center for Advanced Film Studies.

THE Center for Advanced Film Studies

George Stevens, Jr.’s own film education — learning the craft at his father’s side as he produced numerous masterpieces — provided Stevens with a vision for what AFI might achieve for young filmmakers.  As founding director, Stevens envisioned a conservatory where aspiring directors, writers and cinematographers would learn from the masters. The Center for Advanced Film Studies (later renamed the AFI Conservatory) continues to thrive since 1969, paving the way for future filmmakers. 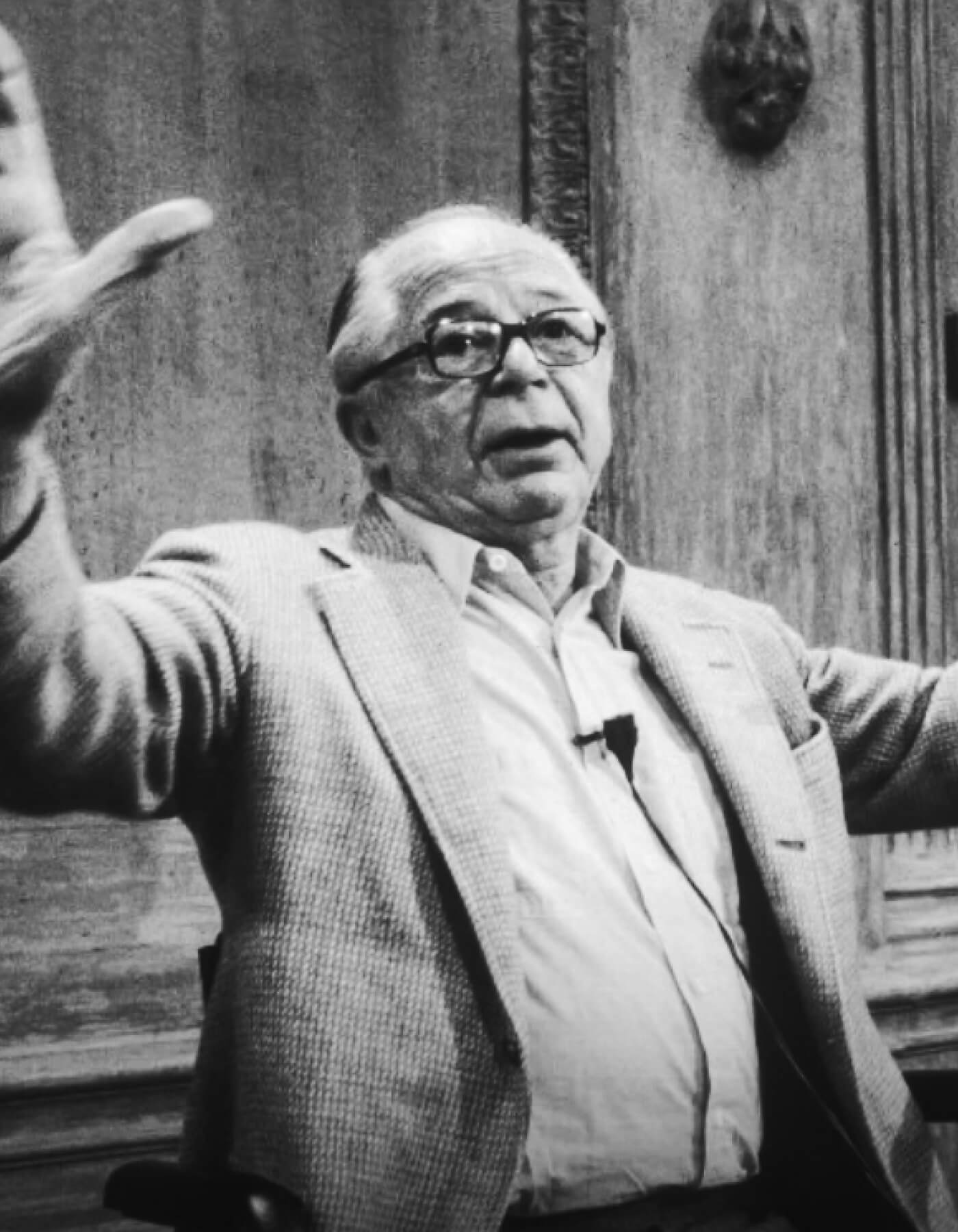 Click to zoom
Billy Wilder told Stevens, “What you’re doing is teaching new dogs old tricks.”
“
I thought for sure I’d died and gone to heaven.” 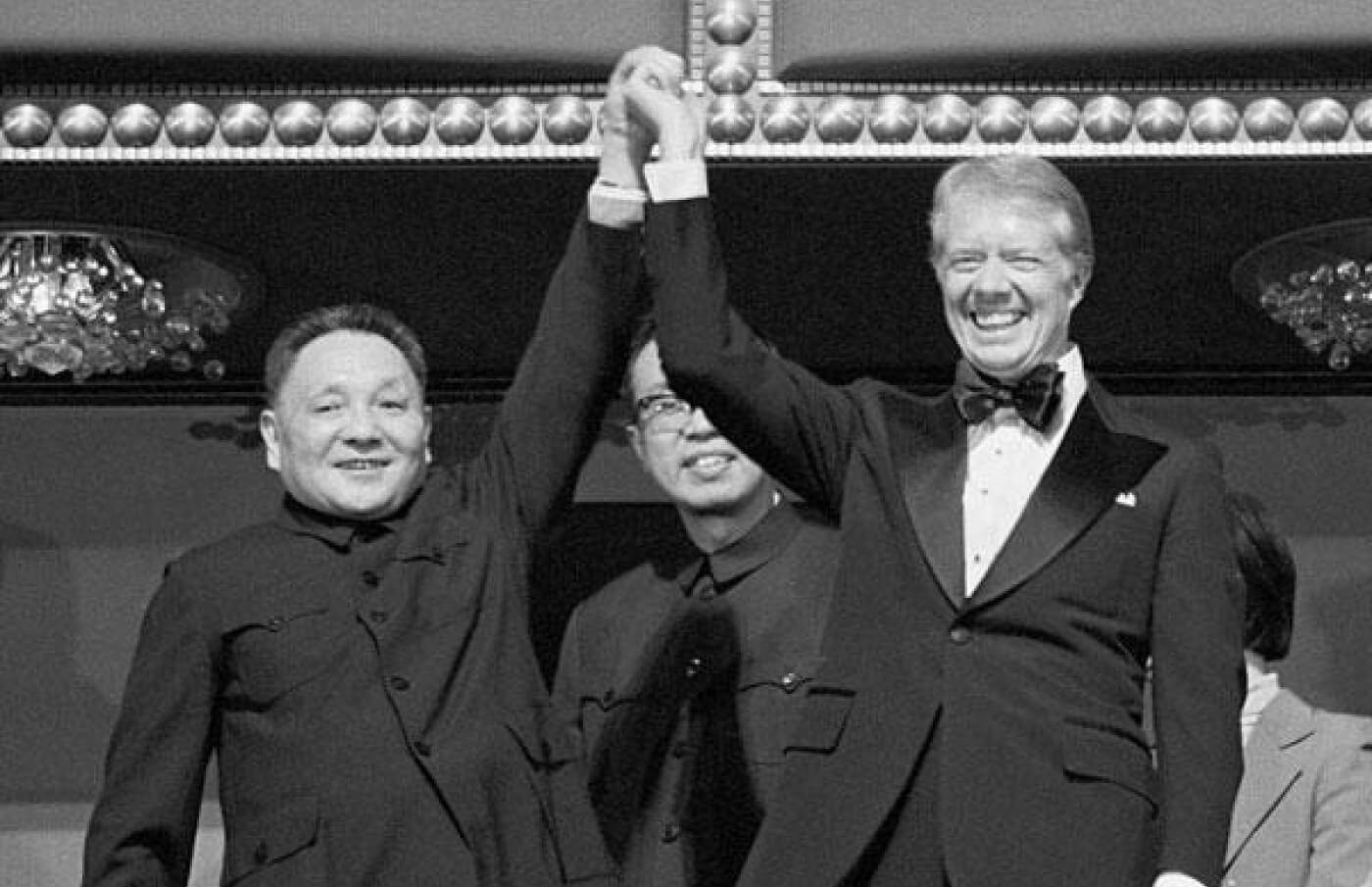 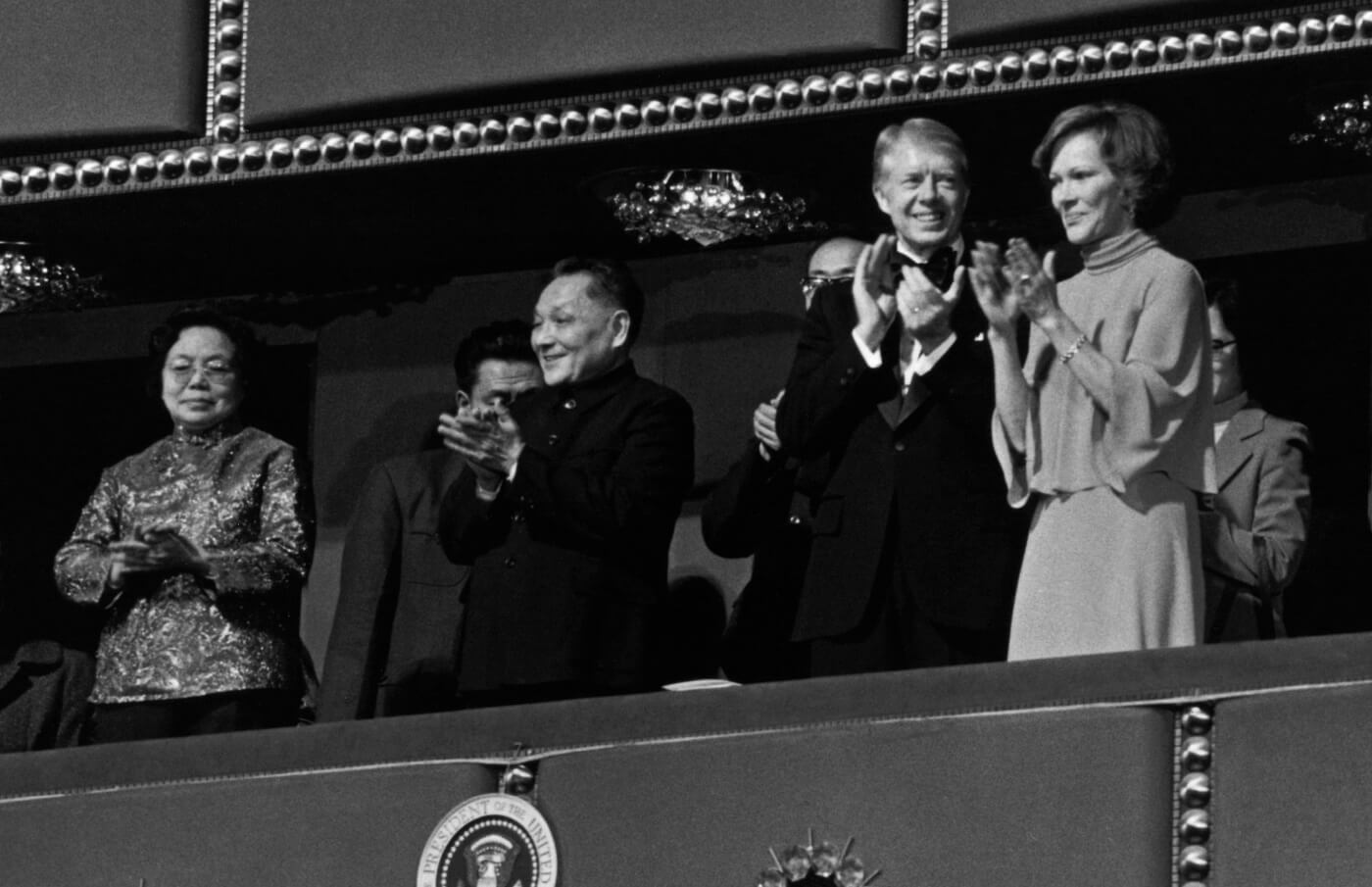 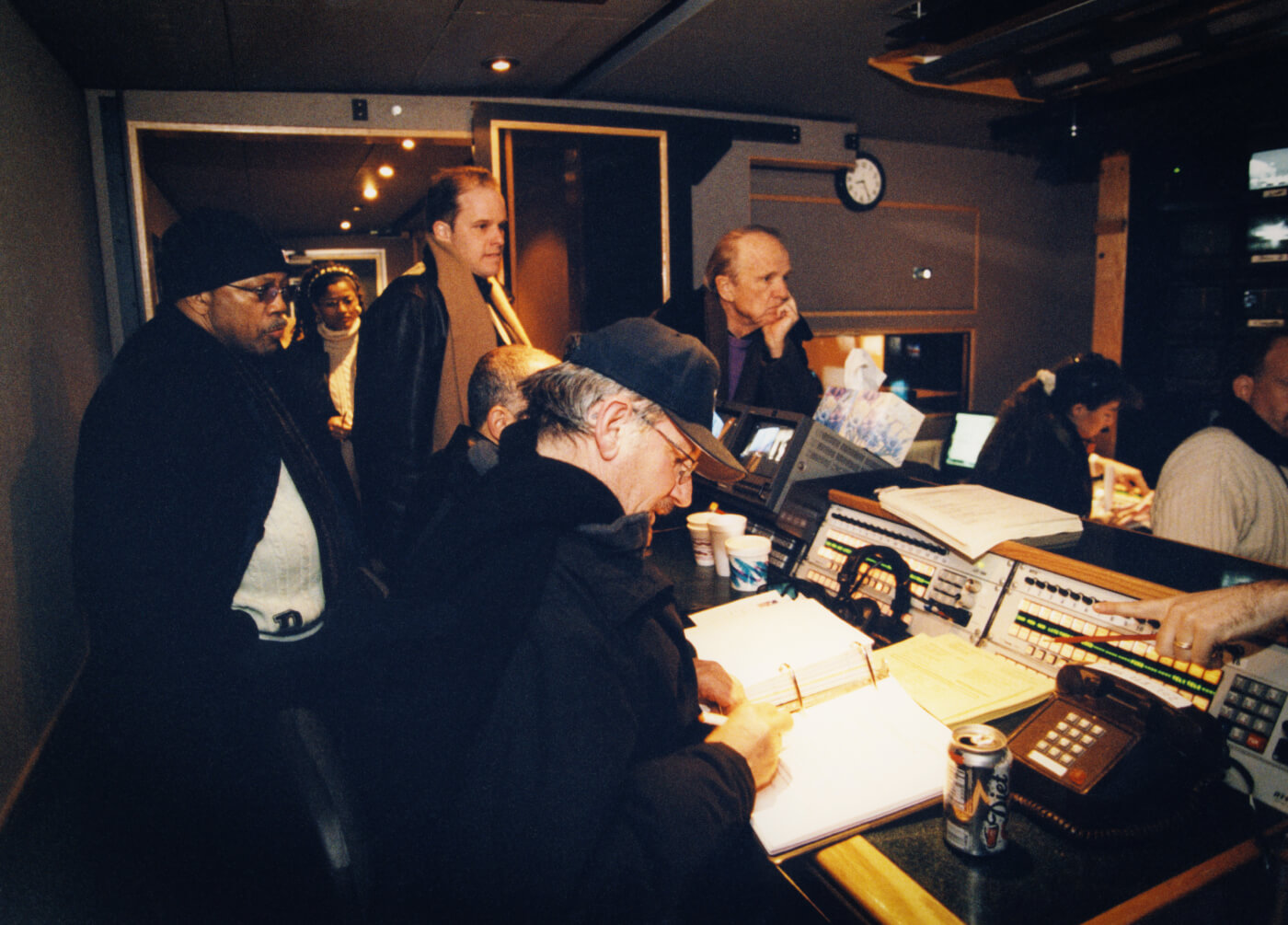 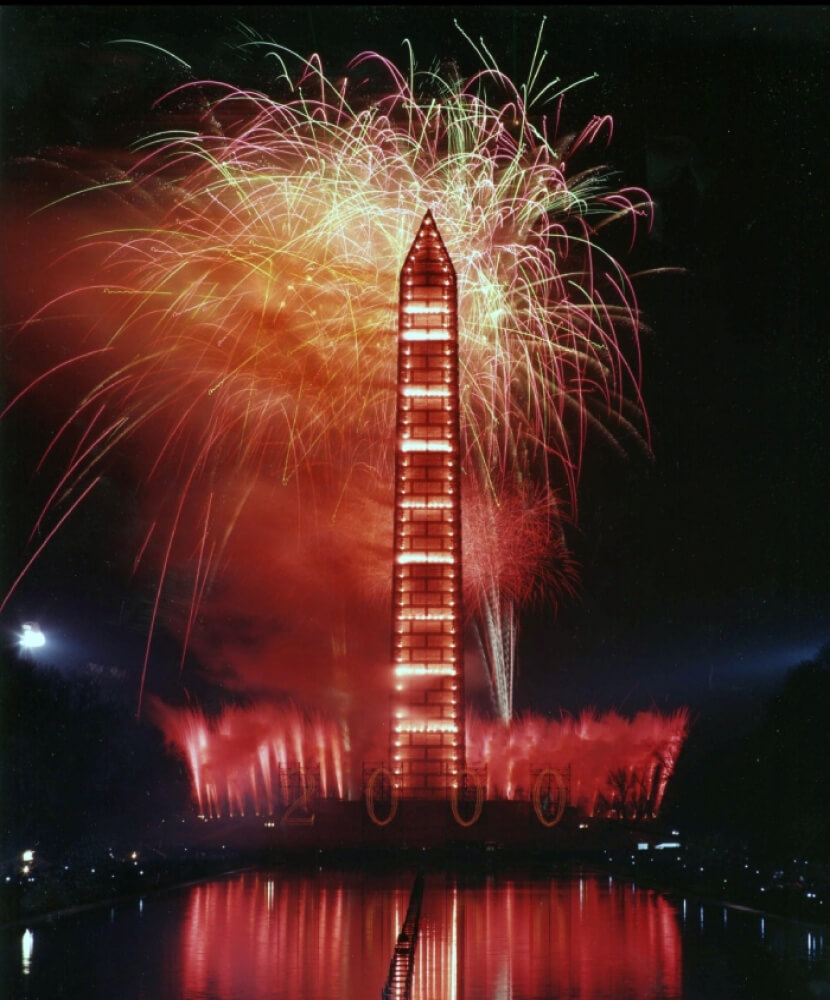 Click to zoom
The Washington Monument at the closing of America's Millennium
January 1, 2000

We Are One:
The Obama Inaugural Celebration

George Stevens, Jr. and Michael Stevens were chosen by the Obama Inaugural Committee to write and produce the 2009 Gala Concert for the president-elect, Barack Obama. Joined by former Kennedy Center Honors colleague, Don Mischer, as co-producer and director, the Stevens team staged an outdoor, HBO television special for live broadcast before hundreds of thousands gathered at the Lincoln Memorial. The statue of Abraham Lincoln framed all-star performances and orchestral fanfare that were rich in symbolism and references to American history. 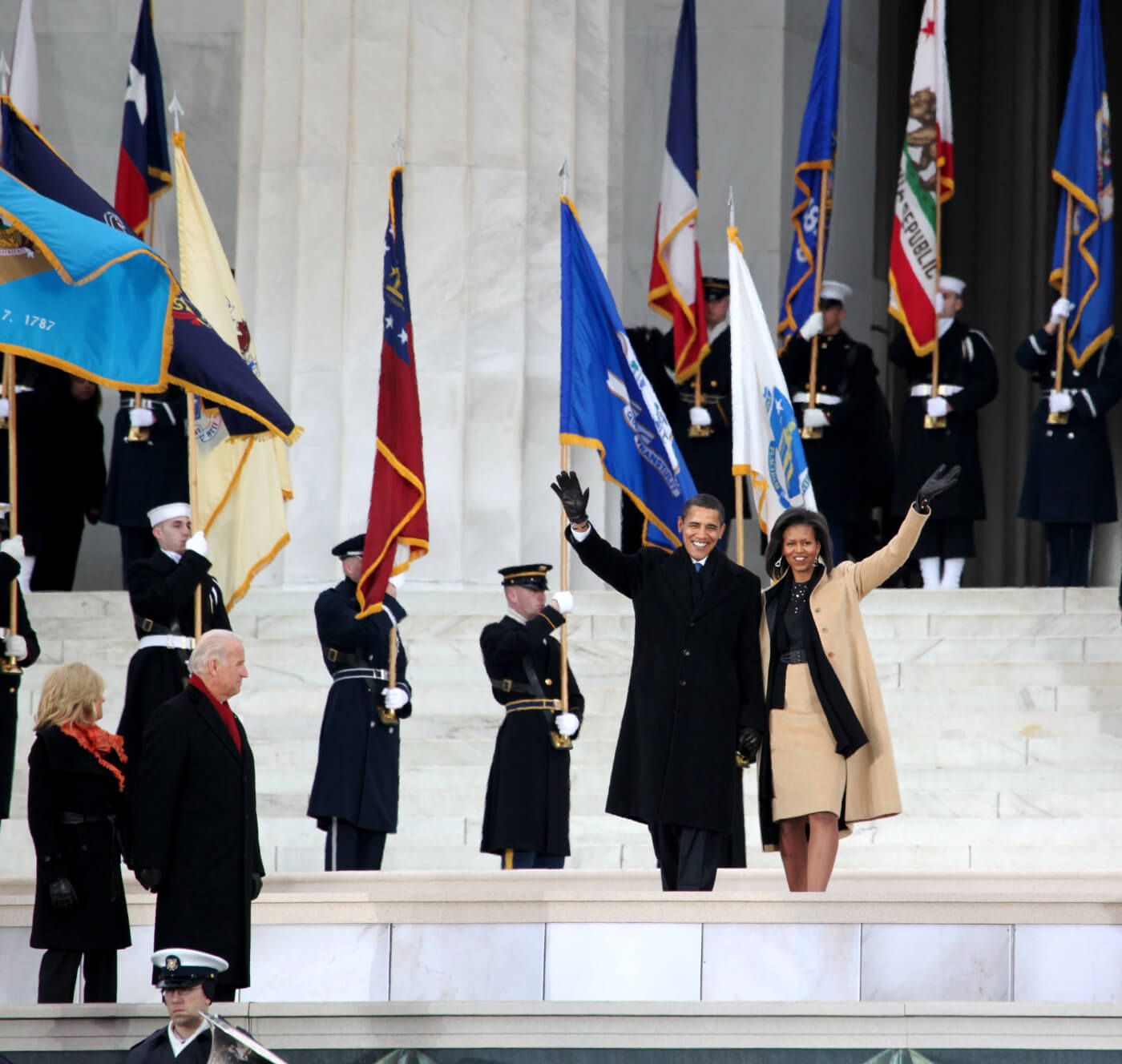 Click to zoom
Barack Obama and Michelle Obama at the We Are One concert at the Linocln Memorial
January 18, 2009 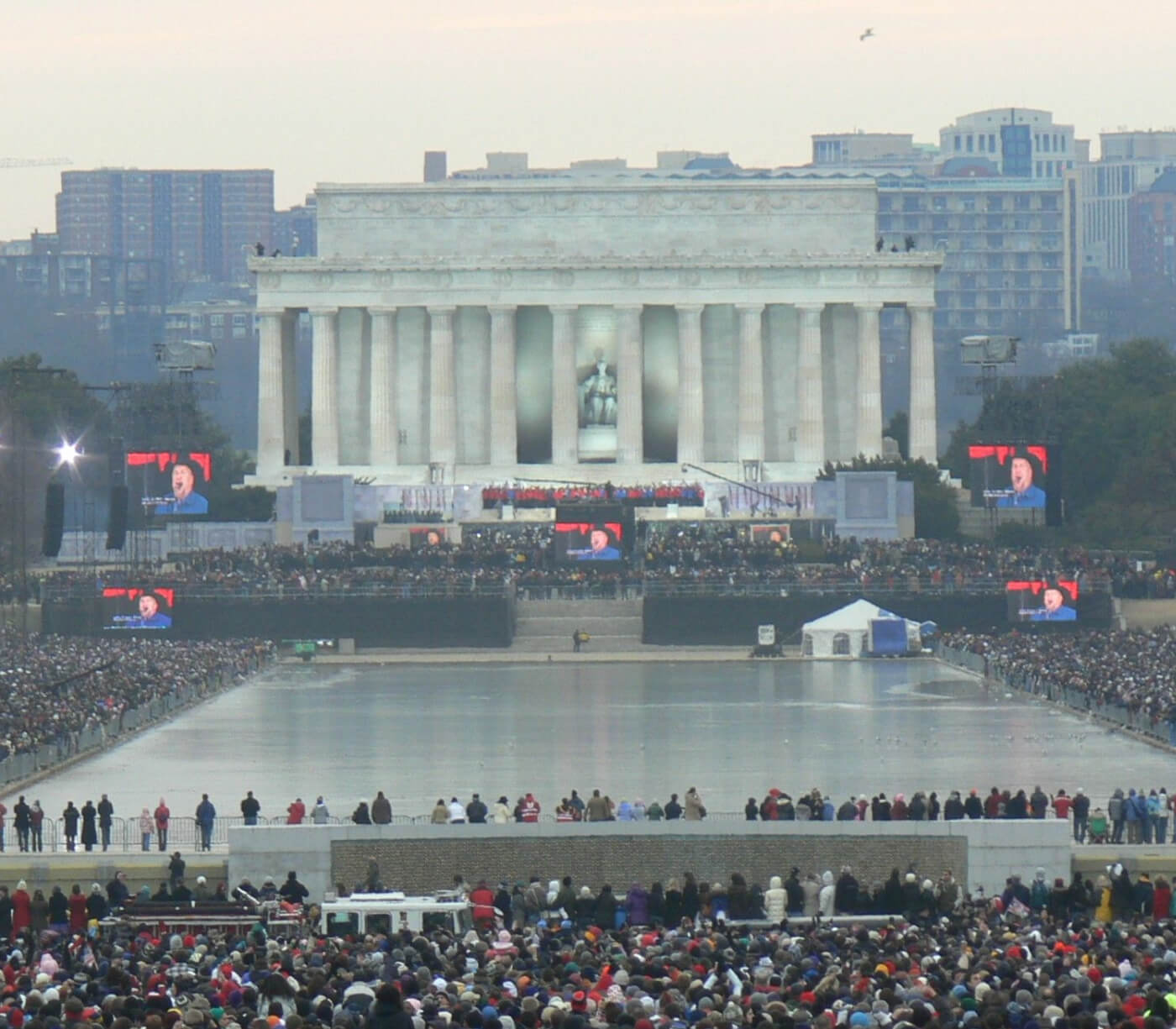 We Are One
2009 concert celebrating the inauguration of Barak Obama 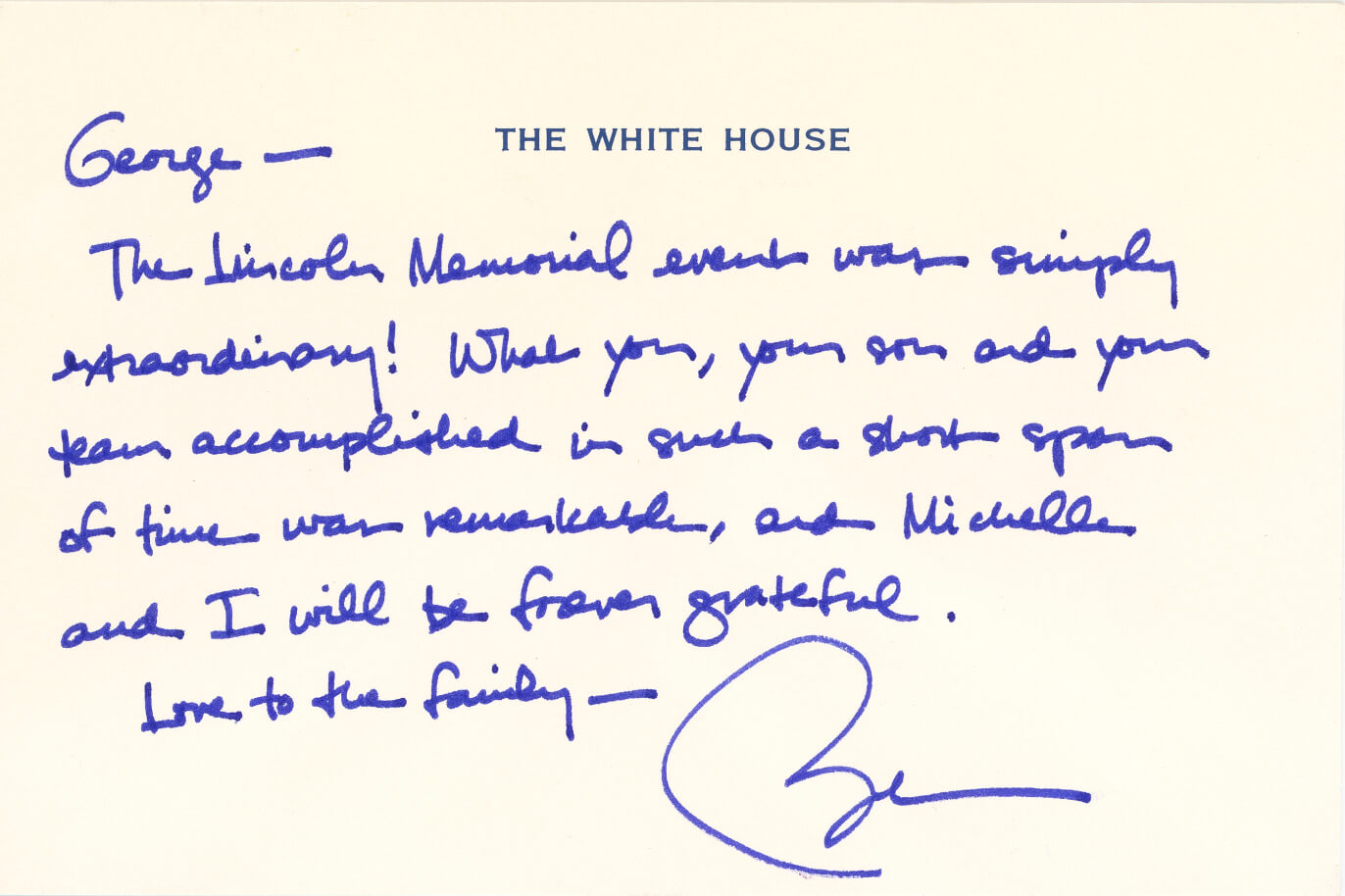 President Obama discusses arts policy with his President’s Committee on the Arts and the Humanities in the Roosevelt Room. Stevens on Obama’s right, Margo Lion to his left, Alfre Woodard at end of the table, Kerry Washington, far right.
May 11, 2011 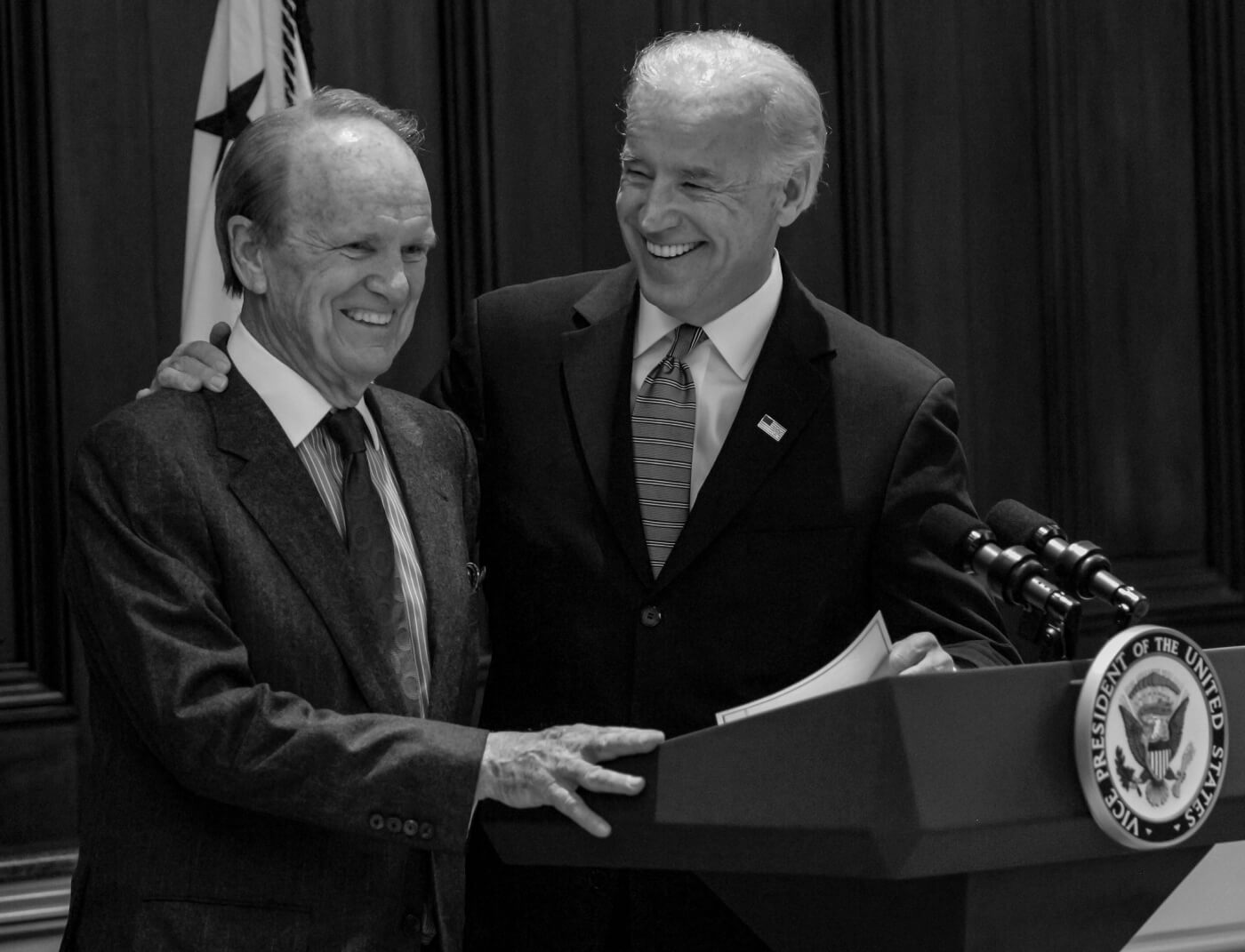 Click to zoom
George Stevens, Jr. with Vice President Joe Biden at swearing in of the President’s Committee at the White House
June, 2009 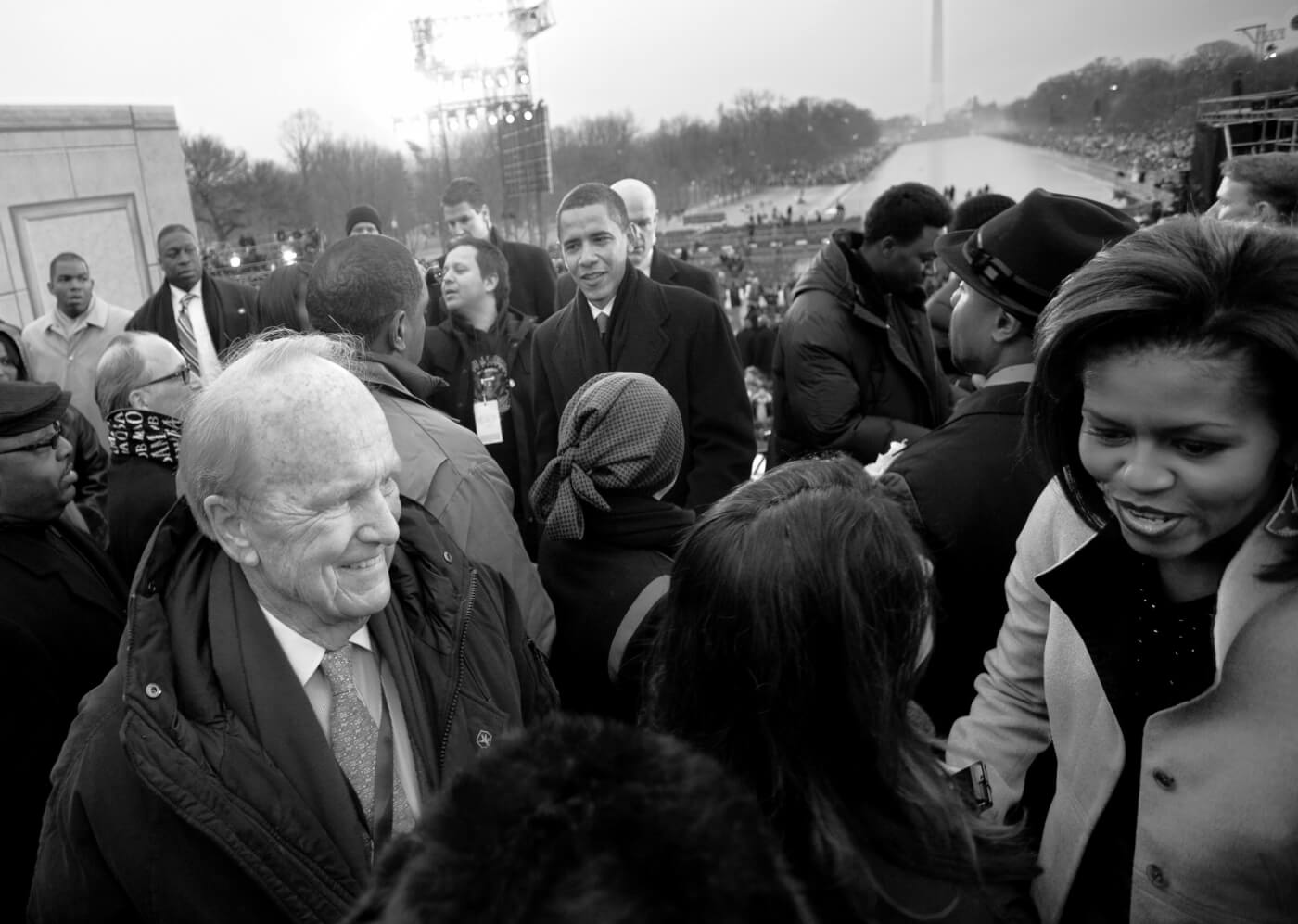 Click to zoom
George Stevens, Jr. with President-elect Barack Obama and Michelle Obama at the Lincoln Memorial following the We Are One inaugural concert
January 19, 2009
Few people have observed the changing seasons of Washington politics and culture longer than George Stevens, Jr. He arrived in the nation’s capital during JFK’s New Frontier, became close friends with Robert Kennedy, collaborated with Washington political leaders, and advised numerous U.S. presidents and first ladies. The apex of Stevens' government service came in 2009 with his appointment as co-chairman of the President’s Committee on the Arts and Humanities. It was a role he energetically embraced throughout the Obama administration.
“
Our future as an innovative country depends on ensuring that everyone has access to the arts and to cultural opportunity... But the intersection of creativity and commerce is about more than economic stimulus, it's also about who we are as people.

Michelle Obama
Honorary Chairman of the President’s Committee on the Arts and Humanities.
Story
I
More stories

“A front-row seat to the birth of the American Century...a must-read for anyone interested in human affairs. I couldn’t put it down.” 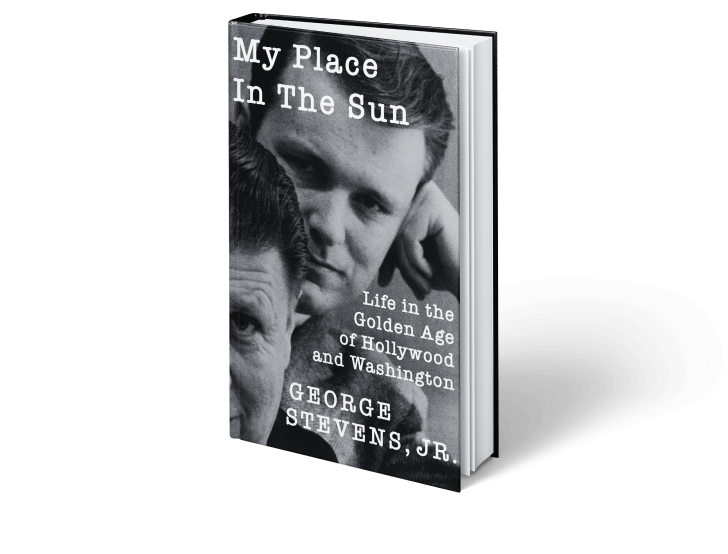 Get the book
Next story
III

Go to the Story